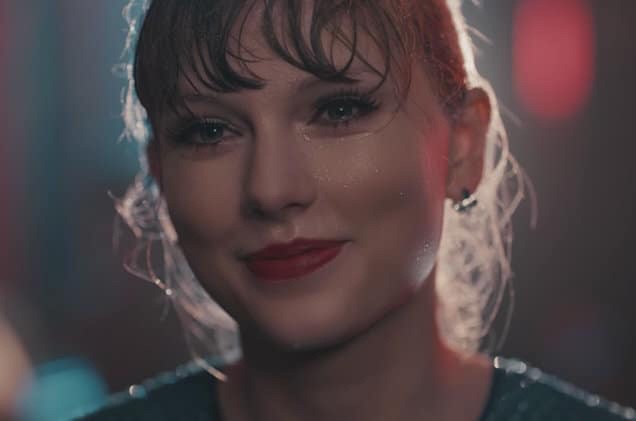 It’s no surprise that Taylor Swift took a different, “aw shucks” approach to her new “Delicate” video given that her team drastically miscalculated the direction for ‘Reputation.’ Though the record amassed huge sales, it did not enter the same zeitgeist as her previous releases, and it might have even further damaged her many PR problems. Plus, the songs were not good. I hate to be so blunt, but those are the facts. A good song could have fought her way out of the paper bag she built for herself, but that’s simply not the case.

It’s been brought to my attention via the sleuthing social-media-sphere that Swift’s video overtly overlaps with a Kenzo perfume ad directed by Spike Jonze. I watched both, and there are clear similarities. Of more interest than the possible rip-off; however, is the revelation of what the “Delicate” video was supposed to be. Upon first viewing, it seemed like unintentionally poor dance moves and hard-to-view funny faces. It wasn’t over-the-top enough to emphasize it’s awkward-girl tone so it only served to make me uncomfortable. Had the production team taken it up to the same notch as the Kenzo video, perhaps I would not have been as confused. The other glaring error here is that the video does NOT represent the song’s actual meaning. This is a song about liking a boy in the first, delicate stages of the relationship when we fear we might mess it up or that our reputation could influence his feelings. It’s not about being the awkward outsider at a party.

Now for the larger question. Does it matter that Swift’s video is may be a rip-off? It didn’t seem to matter when Beyonce ripped off Bob Fosse’s choreography for “Single Ladies,” and it also didn’t seem to matter when Beyonce lifted the choreography of Italian singer Lorella Cuccarini’s live performance at the 2011 Billboard Music Awards while performing “Run the World (Girls).” But it matters for Taylor Swift. Why? Because Swift has no PR capital left to spare. Her nice-girl demeanor was destroyed when Kim Kardashian exposed her lies about the Kanye West feud, and it certainly didn’t help when she ran off with Tom Hiddleston on the heels of a messy breakup from Calvin Harris. Though men often get the pass women do not with these types of trysts, there was too much existing damage to salvage such a choice. Her record could have resurrected her image with contrition, but her team advised her to take the opposite, “Look What You Made Me Do” direction, which was a massive misstep. Watch both below and decide for yourself.