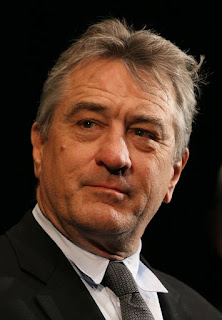 Robert De Niro will play Vince Lombardi for ESPN films.  The movie will hit theaters sometime around the Super Bowl 2012.  The story will follow Lombardi, as he turned the Green Bay Packers into five time champions in just nine years.   Since Lombardi’s death in 1971, the trophy awarded to the Super Bowl winner has been named the Vince Lombardi trophy.  The film will be written by Eric Roth, the writer for ‘Forrest Gump.’