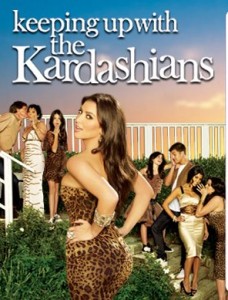 A friend of mine avidly watches Keeping up With the Kardashians, and I regretfully admit I catch it from time to time.  I got an email from her this morning after she engaged in some very serious detective work.  On the last episode of Kourney and Khloe Take Miami, Kim Kardashian came home to discover that Scott drank her “amazing” and “expensive” wine.  Kourtney denied it, but the bottles were later found on the roof (the shot of the bottles revealed the label).  So what was this very expensive wine?  Get ready . . . it’s called Oak Creek Merlot and it’s $3 dollars a bottle at CVS.  No, that is not a typo.  In fact, you can get three bottles for the grand total of $10.  So what does this mean, and is this a smoking gun?  All signs point to yes.  I’m guessing that a producer came up with the idea to have Scott drink Kim’s “very expensive” wine, and then instructed a production assistant to pick up the cheapest wine he could find for the shoot, forgetting not to let the label show on television.  Translation? — it’s a prop.  If you watch the video below, with the idea that the scene was set-up, you might pick up on the bad acting.

Update: To see a screen-shot of the bottle from the show, click here.

9 thoughts on “Keep up With the Kardashians is Fake?! — The Cheap Wine Says Yes”