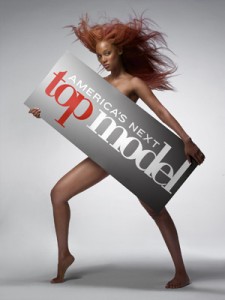 Everyone knows that the true purpose of America’s Next Top Model is for Tyra Banks to out-hot every girl in America. Each show often consists of photo-shoot competitions, which begin with a picture of Tyra followed by a picture of every contestant. I’m surprised the contestants don’t cry when they see Tyra’s picture. An example of this can be seen in the intro below, which includes Tyra in a tight yellow leotard doing some sexy poses. She’s followed by each contestant also trying to do sexy poses — only they’re not sexy. I’d like to note that I also put on my tight yellow leotard and attempted to duplicate these moves in the privacy of my own home. It didn’t go well.

11 thoughts on “America’s Next Top Model — Does Tyra Banks Show-Up the Contestants?”