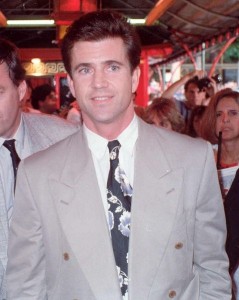 I really want to forgive Mel Gibson. I promise I do. I’m Jewish, and his original, bigoted mess offended me, but I believe in second chances. I’m even willing to go see his movies again on one condition. He has to be genuinely contrite, and he has to have learned his lesson. Judging by his recent exclusive interview with Deadline Hollywood, he isn’t and he hasn’t. I can tell he’s in a lot of personal pain from the interview, but I can also tell that he’s still not ready to accept full responsibility. To be fair, when asked if he feels regret over the tapes, he responded with “of course,” but he also said that he’s “never treated anyone badly or in a discriminatory way based on their gender, race, religion or sexuality — period” and that the tapes were “edited.” He said that he was in the “height of a breakdown,” and what he said “doesn’t represent what [he] truly believes, or how [he’s] treated people his entire life.” I have trouble making sense of his point, especially since using bigoted language is unacceptable, at the height of a breakdown or not. The breakdown explains it, but it doesn’t justify it. Gibson seems to continuously argue that his actions and words are different, instead of just outright admitting that his words were reprehensible. He needs to just say, “what I said was horrific, and I’m working on myself to figure out where that hatred came from.” My last piece of advice for Mel Gibson is to sit down with Barbara Walters. She’s the master of career clean-up, because she asks the right questions and withholds judgment. It’s a really bad idea to do an interview for a website, which requires a lot of reading, and where you’re unable to be seen on camera looking genuine. Gibson is a charismatic guy, and if I’m wrong and he’s truly contrite, that will be clear on camera. Lastly, this interview was way too damn long. My brain started to hurt toward the end, especially since almost half of it was about his new film, The Beaver. He shouldn’t clean up his image while promoting a movie. Image-cleanup needs to appear agenda-less.