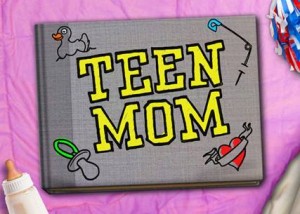 If you watch Teen Mom, then you are familiar with Maci Bookout and Ryan Edwards. They ended their relationship, and they are forced to co-parent. On the latest episode, Ryan was edited to look bad, and the very biased SuChin Pak, perpetuated his unfair portrayal during the after show. To summarize their on-screen fight, Ryan wanted to see his son on his birthday, and Maci wouldn’t allow it because it “wasn’t his day.” She offered to let him accompany her to the aquarium with her boyfriend, but he obviously felt uncomfortable as the third wheel and decided not to go. When Maci wanted to see her child on Halloween, Ryan stood firm by giving her the same treatment, saying “it wasn’t her day,” and if she wanted to join him and his parents on Halloween, she was welcome. Maci threw a fit, insisting that he should allow it. She then confronted him on the issue while holding her son, and Ryan yelled at her. Being the victim that she is, Maci cried on the after show about how horrible Ryan is, saying that he didn’t care that their son witnessed such a terrible argument on their birthday. If she’s so bothered by his behavior, perhaps she should refrain from starting a heated conversation while holding her son. Don’t start a fight while your kid is present and then blame the guy for fighting in front of your kid.