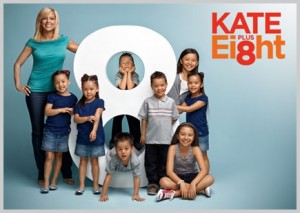 With the end of the very controversial ‘Kate Plus 8’, it might be time to address the legal elephant in the room. Is it immoral to put young children on television? In short, The Dishmaster says yes.

The law currently dictates the amount of hours children can spend as working actors on television. Remember the Olsen twins? The reason there were two of them is because each one was only legally allowed to work on the set for a minimal amount of time, and when there’s two children — it’s double the hours. You might be wondering why the Gosselin children don’t adhere to the same rules as the Olsen twins. The answer lies in the reality television loophole.