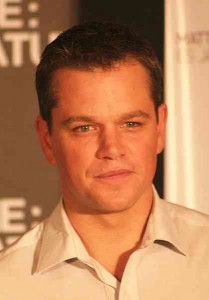 After reading Matt Damon’s scathing review of President Obama in Elle Magazine, I asked my friend James (also known as a genius when it comes to politics . . . or pretty much anything) for a response. He did not disappoint. Because I couldn’t possibly have said it better myself, I’ve chosen to share it with my readers. Enjoy.

Critiques like that are extremely naive. People like Damon severely overestimate the interest of Congressional Republicans in handing Obama any victories at all. For example, a key reason why unemployment rates are so high is that Congress (read: Republicans) wouldn’t vote for a larger stimulus package. As another example, the primary reason why tax policy is so skewed towards the rich is that the GOP (which CONTROLS THE HOUSE) consistently rejects more equitable policies. And so on and so forth. People like Damon sound incredibly stupid when they disregard the existence of the legislative branch. How does Damon think that Obama can pass an expansive progressive agenda if Obama has an obstructive Congress? Is Obama supposed to pass legislation by fiat using executive orders? The answer can’t possibly be “yes,” since excessive executive orders were a key reason that liberals complained about Bush’s “imperial” presidency. In summary, Matt Damon needs to go back to high school and take a civics class.