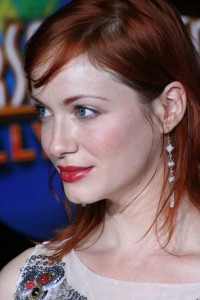 Attention bloggers everywhere: If celebrities have their cellphone hacked and you republished those hacked photos, then you are a vile, disgusting human being that will rot in hell. It’s bad enough that celebrities aren’t free to live their lives without a paparazzi invasion, but now the entire internet simultaneous condemns and publishes a hacker’s photo that was taken from someone’s personal cell-phone. This absolutely astounds me. It’s akin to taking photos outside someone’s window while they are naked in their house and then publishing those photos on the internet. I will not link to any site that published the photos. I will only say that anyone guilty of publishing naked-celebrity-photos without a celebrity’s consent — will rot in hell. I am sure of it.