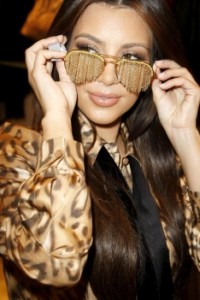 When Kim Kardashian responded to Jon Hamm’s comment calling her “stupid,” I thought, “Wow. She’s not as dumb as I thought.” In an interview with Elle UK Hamm said, “Whether it’s Paris Hilton or Kim Kardashian or whoever, stupidity is certainly celebrated. Being a f—ing idiot is a valuable commodity in this culture because you’re rewarded significantly.” In response, Kardashian said, “Calling someone who runs their own businesses, is a part of a successful TV show, produces, writes, designs, and creates, ‘stupid,’ is in my opinion careless. I respect Jon and I am a firm believer that everyone is entitled to their own opinion and that not everyone takes the same path in life. We’re all working hard and we all have to respect one another.” To be fair, I never actually thought Kim Kardashian was stupid. She’s one of the only reality stars (aside from Bethenny Frankel) to launch a multi-million dollar empire, and you never see her showing her crotch while stepping out of a car (yes, my standards are low). And furthermore, we don’t seem to mind when our friends get their foot in the door because of connections, yet we point fingers at famous people who do the same. It’s not what gets your foot in the door — it’s what you do once you’re there that’s important.