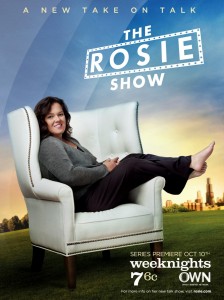 It kills me that Oprah cancelled Rosie’s show. Rosie is a force, and it’s not only her opinion that matters, it’s how she expresses it. There’s few people who can get away with mixing emotions with their argument without alienating their listener, and Rosie pulls it off. She should have had more time. It takes time to learn your way on a new show, and it takes time to find the format that the audience most responds to. She just didn’t get a fair chance, and because Oprah’s network is suffering on all levels, Rosie was an unfortunate, unnecessary casualty. Watch below to see her discuss gay marriage with Stephen Baldwin. She doesn’t lose her cool, and she has a civilized conversation with someone on the other end of the debate.