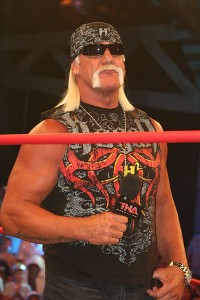 While it’s certainly embarrassing to have your sexual encounter secretly video taped and subsequently released, it’s even more embarrassing when your sexual performance is questionable, and it’s even worse when that sexual performance is with your best friend’s wife. After all, if you’re gonna gift your goods to your buddy’s wife, let’s hope you put a bow on top. According to recent reports, Hulk Hogan will be suing Bubba the Love Sponge for “invasion of privacy.” As for Hulk’s poor choices, I’ll cut him slack since this was filmed while he was still married, and everyone knows that no one thinks clearly while in a relationship. As an aside, I still partially believe Hulk was in on this, so until I see the papers filed on TMZ, I’m suspicious.