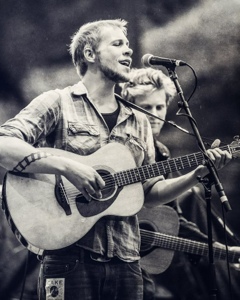 There’s nothing better than when a popular band generously brings attention to an up-and-comer. And this week’s gold star goes to The Lumineers who killed it last night at The Fonda. During their set they covered a song by a man named Sawmill Joe and encouraged the audience to look him up. So I did. And the guy is just as good as I anticipated. He’s got a country blues grit in his voice that makes him sound as if he’s been doing this for a million years, only he’s shockingly younger than you’d think. He lives in Denver, and he works a day job at a sawmill (get it?), which likely explains the authenticity behind his music. Listen to his music below, and click HERE to find him on Facebook.

2 thoughts on “The Lumineers Cover Sawmill Joe — Who is Sawmill Joe?”