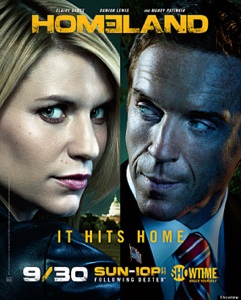 Homeland is a brilliant show with some brilliant actors. Having said that, the daughter and wife have to go. The actors are terrible, and their story-lines are tired and annoying. Casting doesn’t always get it right, and I’m sure after they paid Claire Danes, Damian Lewis, and Mandy Patinkin, they simply ran out of money. That has to be the explanation for these awful performances, right? Watch a clip below of Dana’s character (played by Morgan Saylor), who insists for the 528th time that she “has to tell” the police about her hit-and-run, even though everyone on the planet (including the viewing audience) thinks it’s a bad idea.