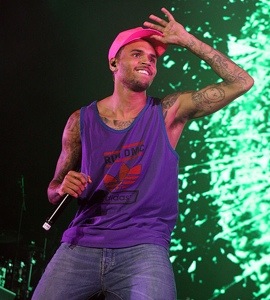 While I am certainly no Chris Brown fan, I also believe that people can reform — and constantly reminding someone of his past will in no way help his future. So when “comedian” Jenny Johnson took an unprompted swipe at Brown on twitter, calling him a “worthless piece of shit,” it occurred to me that the only worthless party in the exchange was her. Why do it? Why continue to bash someone who’s clearly in need of help. I’m aware that Chris Brown has continued to engage in public behavior worthy of questioning his reformation. That being said, as a society, we have to believe in change. And her actions didn’t help. She recently responded to the criticism, saying “it was not [her] finest hour.” But Jenny Johnson will have to do better than that to get on The Dishmaster’s good side.

One thought on “Jenny Johnson Issues Non-Apology to Chris Brown”