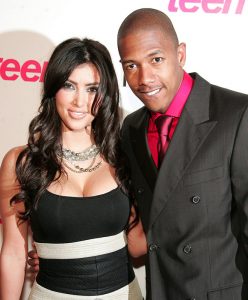 Nick Cannon dropped a huge bomb on Howard Stern today, and I’m shocked it hasn’t gone viral. When asked about his brief dalliance with Kim Kardashian, Cannon said he ended it shortly after her sex tape reached the masses. According to Cannon, Ray J approached him and said, “You think you’re having a good time now, but that’s all about to change.” At the time of his message Cannon wasn’t aware of the reason, but when rumors started to circulate about the sex tape, Kardashian adamantly insisted to Cannon that it didn’t exist. Cannon believed her, and when the tape came out he was shocked, especially since she emphatically lied to him for so long. Cannon then said that if she had originally confessed, he might have stuck around.