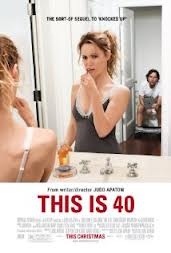 This film felt like an extended episode of ‘Modern Family’ minus the laughs. And though I have no idea what forty feels like, this certainly shed light on all of its unwanted woes. The Judd Apatow directed flick stars his wife (Leslie Mann), which is concerning, especially considering all her unlikable traits. If I were her, I’d have long conversation with my husband after reading a script that may or may not be based on his personal life. As for her on-screen husband, played by Paul Rudd, he’s predictably more likable, and I’d venture to guess that has a thing or two to do with what I deem to be Apatow’s sexism, an observation I gained from ‘Knocked Up,’ which is now solidified. Apatow has a keen ability to turn his women into vile naggers with sweet husbands who are just trying to survive their wrath. There’s not much else to say other than — it’s probably a good idea to make movie characters likable — and funny.