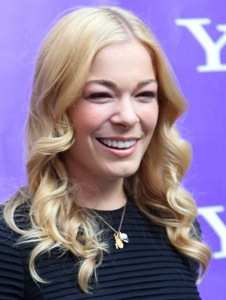 I’ve had it. I launched this blog as a forum to talk about celebrity culture without bullying celebrities. I don’t post paparazzi pictures, and I always attempt to cushion any criticism with a positive take. That being said, I never accounted for the possibility that the celebrities themselves would be the real bullies. The latest online attacks come from LeAnn Rimes, Brandi Glanville, and Eddie Cibrian, who have all made it their mission to destroy each other’s lives. After Glanville released a book attacking her ex and his current wife, Rimes hit back, with accusations that Glanville cheated too. Then Rimes and Cibrian posted a photo mocking Glanville’s book title and have since posted numerous digs on twitter, which I’d repeat if I had the mental capacity to look it up. Do these neanderthals have publicists? If you’re going to cheat, then keep your mouth shut after you do. And if you have children, then don’t publish a book attacking their father. It’s gross. It’s all gross. I’d like for all three clowns to just go away. I’d also like for Radar Online to have some class, and stop providing a forum for these parties to participate in this messy mud-pit.