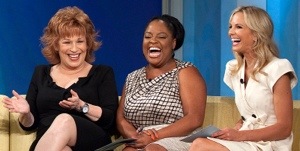 If this news is true, it might even-out my outrage about Joy Behar’s departure. According to Us Weekly, Hasselbeck’s is getting ousted due to viewer objection about her divisive Republican stance.

While I think there’s value in having a conservative on the panel, Hasselbeck has become even more partisan over the years, with an unwavering Republican stance on nearly every issue at hand. In fact, I’d often find her manipulating her stance just to present an unbiased perspective, while covertly sneaking in her Republican viewpoint. If you’re going to hire variety, it’s best to avoid “straight party” thinkers. Also, when market research says you’re unpopular, the network takes no prisoners. This is nothing but a ratings game, and popular opinion will unequivocally reign supreme.