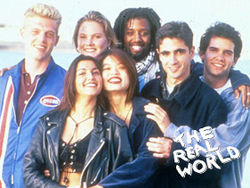 You might not remember this, but there was a time when The Real World was real. There was a time when it stood for something, when it broke ground, and when it pioneered a format for others to envy. With the passing of Sean Sasser, I’m reminded of that time. Sean was the lover of AIDS activist Pedro Zamora during 1992’s ‘The Real World: San Francisco.’ Zamora was one of the first openly gay television stars, and he was bravely ahead of his time. He exchanged vows with Sasser toward the end of his season, and he passed away just hours after his final episode aired. He knew his time was limited, and he wanted to make a difference. Sasser went on to find love with a man named Michael J. Kaplan, who has confirmed the passing of his “life mate.” Watch the episode below where Zamora and Sasser exchange vows. May they rest in peace.