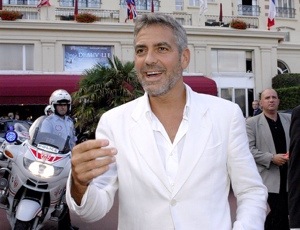 Hollywood insiders are well aware that George Clooney is Tinseltown’s most-loved gentleman. So when the polite powerhouse points out the failings of other A-listers, it’s music to my ears. Two such A-listers are Russell Crowe and Leonardo DiCaprio, who Clooney exposed in his recent interview with
Esquire. Of Crowe, Clooney recounted a feud which began when Crowe called Clooney a sellout for his international coffee commercials, which warranted Clooney’s subsequent poke about how he should probably “join a band” instead (Russell Crowe is in a band). Crowe then shot back again, calling Clooney a Frank Sinatra impersonator, which prompted a personal note from Clooney, which entailed the line, “What the f*ck is wrong with you?!” As for the DiCaprio story, you’ll just have to click HERE to find out.