Skip to content
Can’t Shia LaBeouf fight for the whales instead of plagiarism? In a recent twitter post that has since been deleted, LaBeouf explained his erratic behavior, insisting it’s part of his performance art movement, saying, “Performance art has been a way of appealing to the large public, as well as shocking audiences into reassessing their own notions of art and its relation to culture.” He also confessed that his use of Daniel Clowes’ work was “intended plagiarism,” which I’m sure his lawyers loved.

While it’s wonderful to stand for something, he’ll soon be shouting from the rooftops of his tiny house, after alienating the entire industry along with his peers. There are battles to pick, but if you want to become Andy Kaufman, be prepared for the consequences. 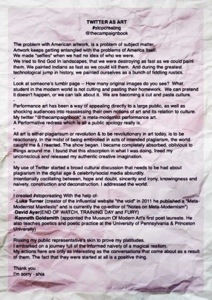