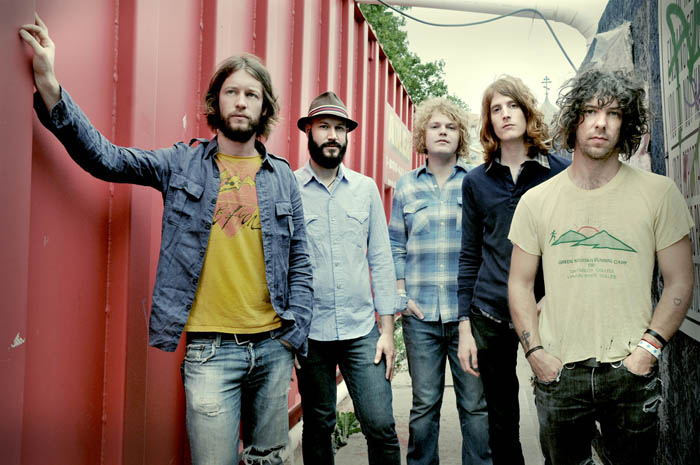 Many years in the making, Jessie Elliot debuted his documentary, ‘A Picture of the Three of Us,’ at the Highland Park Independent Film Festival. The film follows Elliot as he tours the country with his band, These United States, playing 33 shows in 33 cities with 33 different lineups. Elliot was joined by two constants, Tom Hnatow and Robby Cosenza, who, according to Elliot, “[Kept] the wheels on” so “Members of the other band [could] focus on adding to the music rather than holding the song together.”

The movie is directed by Jared Varava, a longtime friend of Elliot. Varava made the noteworthy choice of exclusively focusing on the positive, explaining after the screening that he had no interest in documenting the typical dramatic fights you might see in other films. There was one very moving moment;  however, which involved Robby Cosenza’s relationship with his biological father, whom he hadn’t seen in 17 years. Cosenza casually mentioned their plan to reunite at a show on the road, and his band-mates seemed silently concerned and supportive. While it was certainly a moral choice for Varava to exclude their reunion from the film, it was always curious. Is the purpose of a documentary to actually document the most material elements of your journey, or is it simply to edit together the most flattering film possible?