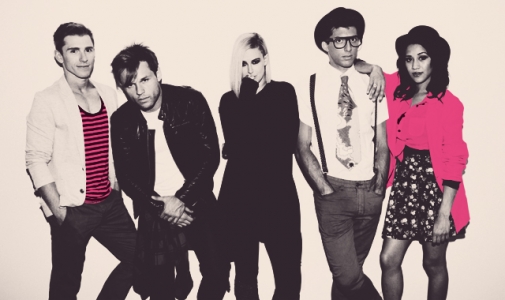 With a nod to the past, a wink at the present, and a cast of characters that will make you long for a pink dress, a weird bra on your head and some shiny Duckman shoes, For The Record presents “Dear John Hughes.” The in-demand extravaganza explores many timeless themes through a modern eye, reminding us all that John Hughes wasn’t just one of our best directors, he was our voice.  The show shines a light on some of Hughes’ most iconic moments with a colorful cast of characters and legendary songs, including, Don’t You Forget About Me, We Are Not Alone, If You Leave, Pretty In Pink, and If You Were Here.

While Los Angeles is known for its bustling theater community and diverse range of dynamic shows, the For the Record series is one of a kind. With a home in Hollywood at DBA, the show offers audiences an unprecedented, party-atmosphere with an updated cabaret experience that features in-the-round staging, a live band, enhanced sound and lights, incredible performances, and more.

The series originally began in 2009 in a small bar in Los Angeles, CA, and it’s now one of the city’s most notable shows. To date, it has featured the works of acclaimed directors Quentin Tarantino, Baz Luhrmann, Coen Brothers, Paul Thomas Anderson, Martin Scorsese, Robert Zemeckis, and Garry and Penny Marshall. For the Record: John Hughes is a celebration from start to finish, and in case you’re scared you’ve missed the party, there’s still time to RSVP. The show has been extended through May 31. Go see it. Get your tickets HERE.