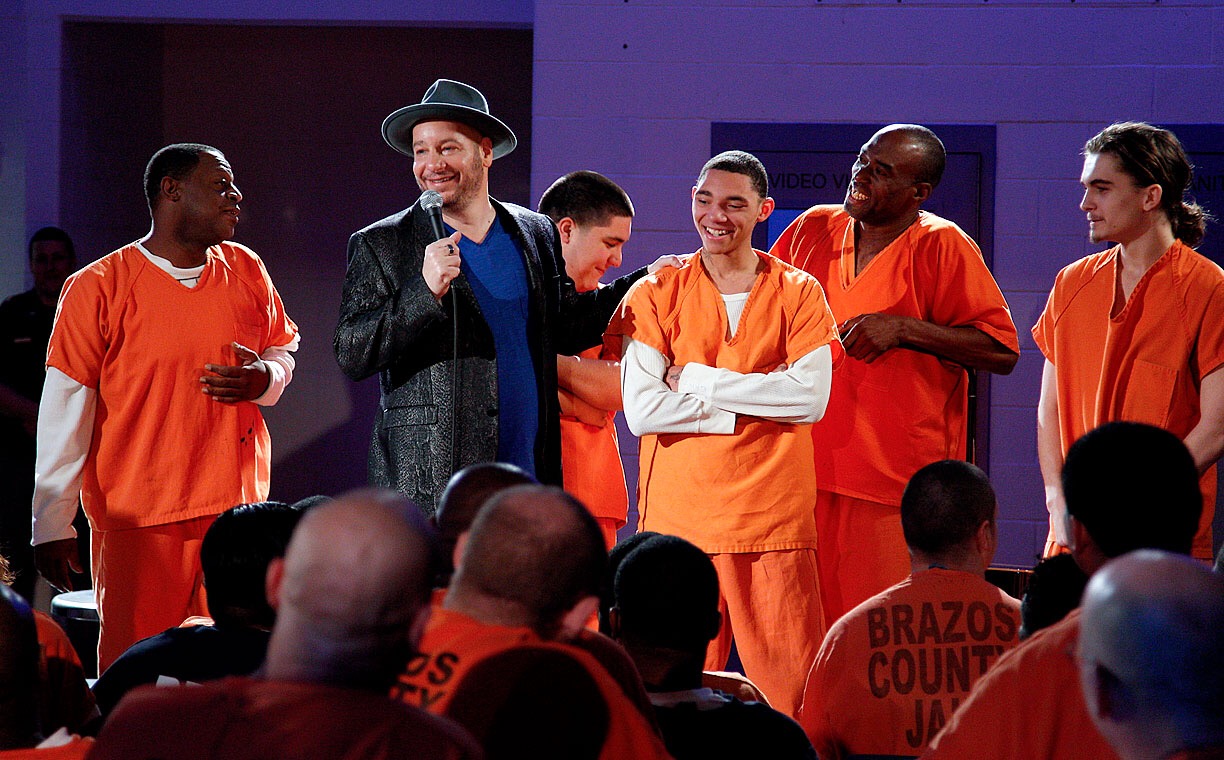 Until now, I’ve viewed Jeff Ross as a one-trick-Roast-pony. Sure he can hit Hollywood’s top dogs, but is he creative? Can he think outside his box of tricks and do something original? The answer to that question is yes. Ross crafted the original idea of roasting felons at a prison, and he found only one jail that would consent. According to Ross, it took a full year of behind-the-scenes production to pull this off, and his angst, though obviously elevated, waned once the roast began. Only those on good behavior got ot attend the roast. Watch clips below.