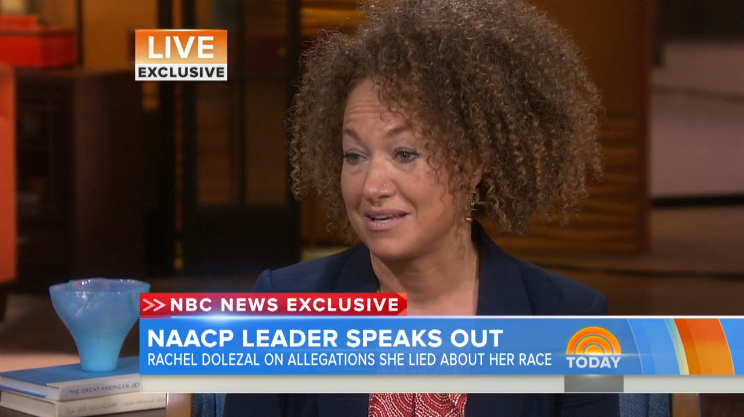 It’s fine to self-identify as a different race or religion from that which you were born. If a man born as a woman changes his gender identity, it would be politically and morally insensitive to deny his new gender. So why not accept a white person who identifies as black? After all, being a minority comes with its own set of struggles, and the more the merrier right? We’re all going to be one race eventually, so who cares?

While Rachel Dolezal and her supporters (see Whoopi Goldberg’s argument below) might present that argument, it has some serious holes. First, Dolezal’s claims of identifying as black at the age of five by “drawing self-portraits with a brown crayon” don’t hold up since she sued Howard University alleging that she was discriminated against for being white. To Matt Lauer’s point in her interview on The Today Show, she’s identifying with whatever race suits her needs in the moment, rather than authentically self-identifying with a different race. Furthermore, no one likes a liar, and it appears as if she deliberately twisted the truth to perpetuate the public’s ideas. For example, she claims that a black man named Alfred Wilkinson is her father, justifying the lie by implying he’s been more of a father to her than her own parents. Wilkinson has removed himself from the drama by hanging up the phone on reporters, and there’s no evidence to suggest he raised her as his daughter in any capacity. Furthermore, there are legitimate questions about Dolezal’s claims regarding alleged hate mail she received, adding to the many questions surrounding her web of lies.

This is less about race and more about truth. The public will pounce on lies, with an eager effort to hold people accountable. Had she been honest about her life, perhaps she’d have been embraced. Now she just looks like a standard, “crazy white lady” in need of a serious mental health intervention. Watch her interview The Today Show and see Whoopi Goldberg’s take below.