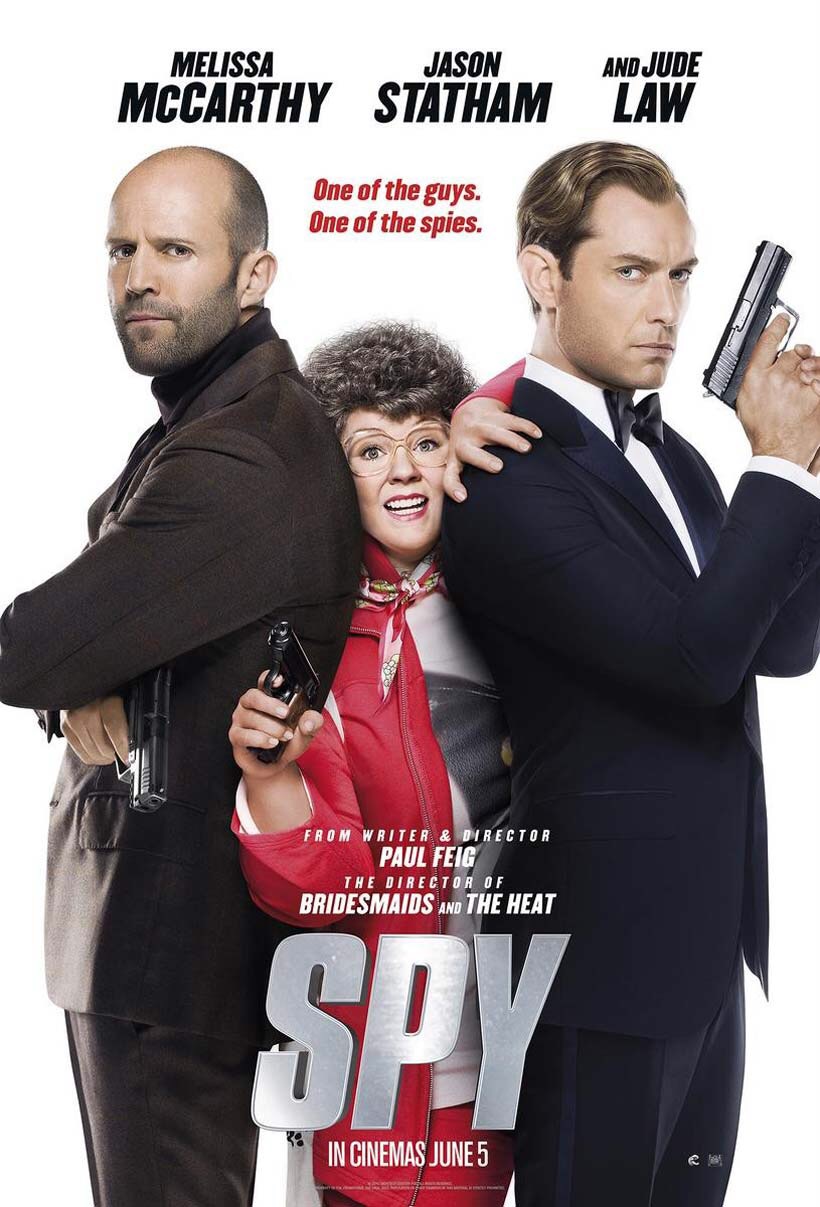 Melissa McCarthy can carry a film, and her talented cohorts came to play. That stellar supporting cast includes a shockingly funny performance by an always serious Jason Statham, some James-Bond-Spoofing via Jude Law, and an uptight, evil-diva throwdown with Rose Byrne.

‘Spy’ opens with Susan Cooper (Melissa McCarthy), a capable CIA Analyst who is happy to lead in-field agents to safety from the comfort of her desk. When one such agent (Jude Law) disappears and the top agents’ identities become compromised, Susan Cooper is the only option to take down a deadly arms dealer before a disastrous trade is made. Her fieldwork is made even more complicated by another top agent (Jason Statham), in his many bungled bids to help an unwanting Cooper in the field. Statham won’t take no for an answer, which results in some unprecedented pitch monologues about his toughness, including swallowing and pooping out enough microchips to make a computer.

Now in their third partnership writer-director Paul Feig (Bridesmaids and The Heat) and Melissa McCarthy have established a new language of comedy, with endless improvisational jokes, action-packed stunts, and some zingers I will recycle and use on all my enemies. Talented directors bring out the best in their players, and Paul Feig elegantly choreographs each scene like a master conductor, executing each beat with ease. It’s of particular note that the leading ladies in this film don’t need any rescuing from their male counterparts, and the jokes have zero gender bias. In fact, all mess-ups are attributed to the men, which is a welcome reminder that both female and male audiences will accept women as funny and flock to the theaters for a good film.

‘Spy’ is a rare comedic film that warrants a Sunday trip to the theater for date night, family night, or a simple lone trip for a needed laugh. This film might not look like the standard action comedy, but it’s not supposed to. And that’s what makes it great.