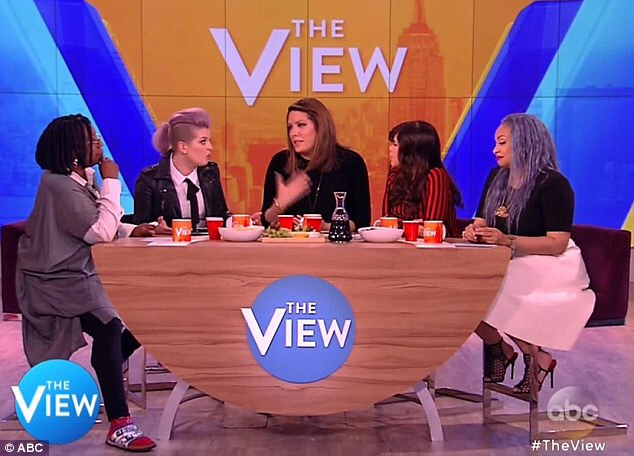 While it struck me as odd that Rosie Perez would apologize to Kelly Osbourne over KELLY’S racist remark against Latinos, it never occurred to me that ‘The View’ forced her hand. According to new reports, producers cornered Rosie during a commercial break, insisting she stand up for Osbourne, and the heated exchange led to Rosie’s early exit. When Perez’s fan’s were understandably confused and outraged that she’d apologize for someone else’s racist remark, the story leaked.

I have a few general comments for ‘The View,’ in hopes that the powers that be are listening. If you micro-manage your stars and their raw reactions, you will get a very bad show, because that’s precisely the kind of behavior that shackles your panel. Second, your loyalty to Kelly Osbourne over your contracted employee is confusing, especially since she’s tied to a competing show on another network. Third, Kelly was wrong, and the clip going viral is only in your benefit. Tempering that reaction with an inauthentic apology only serves to squash the type of conversation that would generate the Bill Geddie ratings you garnered during the show’s peak. Fourth, get your shit together. Playing musical chairs ad nauseam with five hundred cooks in the kitchen is embarrassing. Perhaps ABC News isn’t the best option for your crown jewel after all.

My apologies @KellyOsbourne, I took your point wrong-#Trump #Latinos. My bad. You’re heart is so pure & righteous. I adore you. @TheView