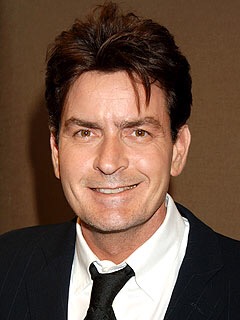 Charlie Sheen has been hailed as a hero for publicly confessing his HIV diagnosis, and I find myself completely confused. First, what’s heroic about engaging in unprotected sex with paid hookers while ingesting drugs, quitting your hit show in a rage, publicly bashing your ex-wife who doesn’t want her children around your “goddesses,” and ALLEGEDLY neglecting to inform your girlfriend that she was exposed to your potentially deadly disease? Second, if ANY women in the same situation made the same confession, she’d be shamed. In fact, his ex-“goddess” Bree Olsen, who claims to have been exposed to HIV without warning (she has tested NEGATIVE), is currently being attacked on twitter with every name imaginable. Sheen insists that he became infected after their relationship ended, but TMZ reports he was diagnosed two weeks after they broke up, which means (if those facts are accurate) she could have been exposed and was not informed.

Charlie Sheen’s choices finally caught up with him, and instead of this being touted as a lesson in protection and clean living, he’s generating an astounding amount of empathy. It’s certainly great to have a famous face associated with this disease in an effort to raise awareness for a cure, but let’s be realistic about his lifestyle and whether a woman would be afforded the same compassion.