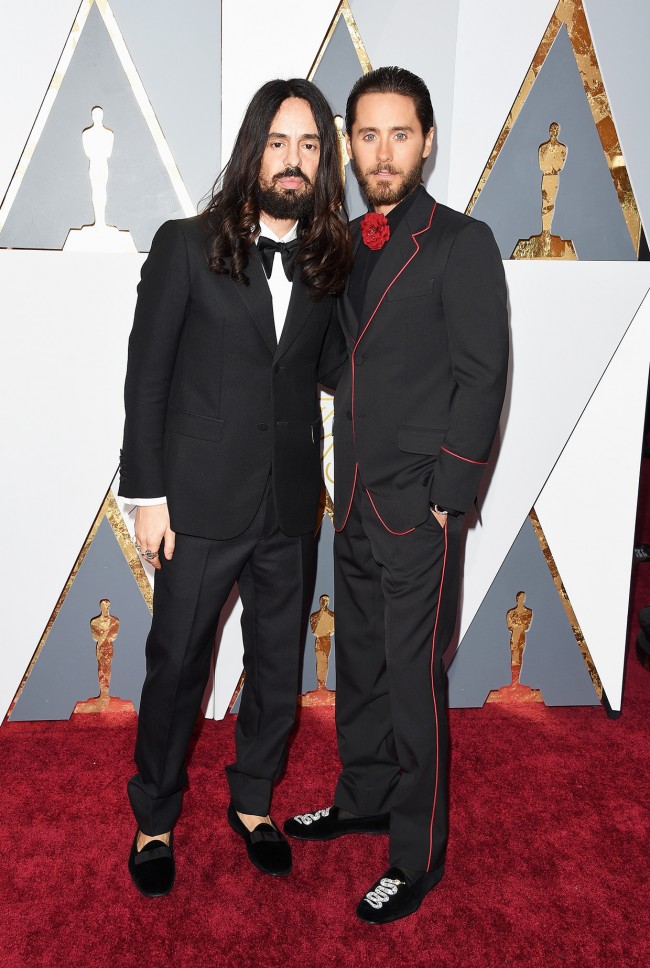 Chris Rock addressed many hot-button issues during his bold Oscar monologue, but he also made an excellent errant point about the movement to #AskHerMore in reference to women and the red carpet. Rock said that if “George Clooney shows up with a lime green tux on and a swan coming out his ass, somebody would go, “What you wearing, George?” And though the carpet didn’t see Clooney in such a getup, we did get a glimpse of Jared Leto’s eye-catching ensemble and as Rock suggested, I was dying to know what he was wearing. As it turns out, it was Gucci, and he even showed up to the Oscars with Gucci designer Alessandro Michele as his date. The red piping on his look was brilliant accented by floral carnation pin, and he finished the ensemble in velvet loafers with rhinestone snake embellishments. It’s good to see a man finally taking some fashion risk.