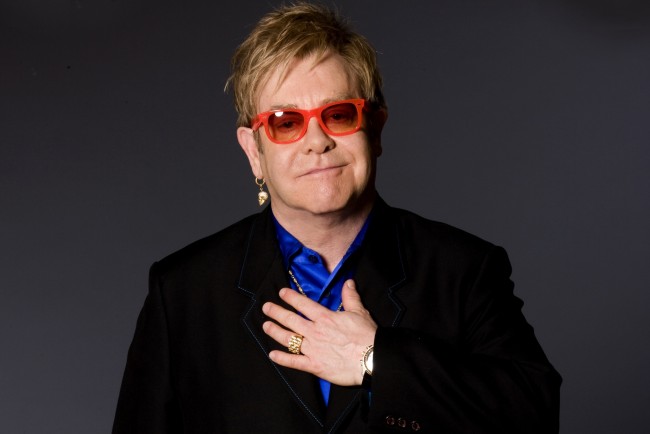 Elton John’s stellar songwriting prowess is only surpassed by his sharp tongue, which would have likely been put to use on a judging panel of a music show, but since that format is dying, it’s only fair to compile his best barbs for your reading enjoyment. See below.

“You know, [bleeping] music magazines writing a review of Janet Jackson saying, ‘This is the greatest show — four and a half stars. It’s [bleeping] lip-synced! Hello! That’s not a show! I’d rather go and see a drag queen.” Elton John, on Janet Jackson’s tour.

“Anyone who lip-synchs in public onstage when you pay 75 pounds ($134) to see them should be shot.” Elton John, in reference to Madonna’s Reinvention tour.

“He’s going to hate me for this, but every time he goes to rehab they’ve been light. When I went to rehab, I had to clean the floors. He goes to rehab where they have TVs. I love you, Billy, and this is tough love. We’ve had so many cancelled tours because of illnesses and various other things, alcoholism.” Elton John on touring with Billy Joel and his advice about Joel’s substance abuse issues.

“At the end of the day, [Joel is] coasting. I always say, ‘Billy, can’t you write another song?’ It’s either fear or laziness. It upsets me.” Elton John, on his desire for Joel to write more original music, which Joel has not done in over two decades.

“I’m glad I’ve given up drugs and alcohol. It would be awful to be like Keith Richards. He’s pathetic. It’s like a monkey with arthritis, trying to go on stage and look young. I have great respect for the Stones but they would have been better if they had thrown Keith out 15 years ago.” Elton John, in reply to Keith Richards taking aim at John’s songwriting.

“He’s quite happy just being at home all the time and I think that’s a waste of talent. There seems to be a deep-rooted unhappiness in his life and it shows on his latest album.” Elton John on George Michael