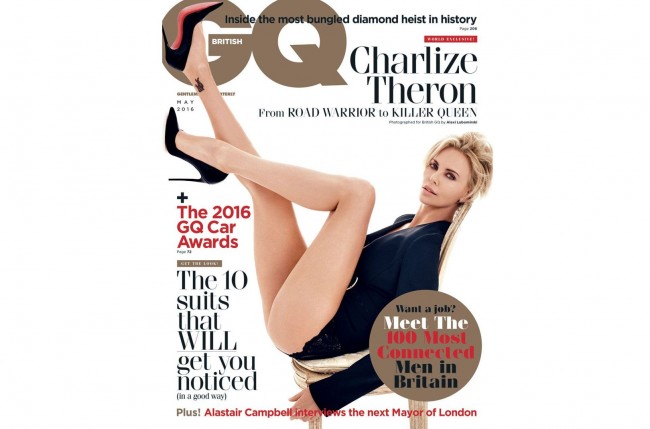 When actresses land in hot water for ill-received interviews, they often scream “misquote” or insist they were “taken out of context.” So when the public predictably pounced on Charlize Theron for claiming she’s simply too pretty to land Tinseltown’s top roles, she immediately  backtracked, and her subsequent statement somewhat infringed on British GQ’s integrity.  Theron is quoted as saying “Jobs with real gravitas go to people that are physically right for them and that’s the end of the story. How many roles are out there for the gorgeous, f**king, gown-wearing eight-foot model? When meaty roles come through, I’ve been in the room and pretty people get turned away first.” Since there’s no evidence that her words were fabricated or in fact part of a larger paragraph that would make it more pleasing, it’s probably more proper to say, “Hey, I sounded like a jerk. I read it back and I’m not sure what I was thinking.” Don’t feel too bad for GQ though, because they knew exactly what would gain traction, and they strategically placed that quote at the top of their article. And as far as her actual point goes, just about every major role in Hollywood is granted to a glamorous, beautiful leading lady. So no — she doesn’t make sense.