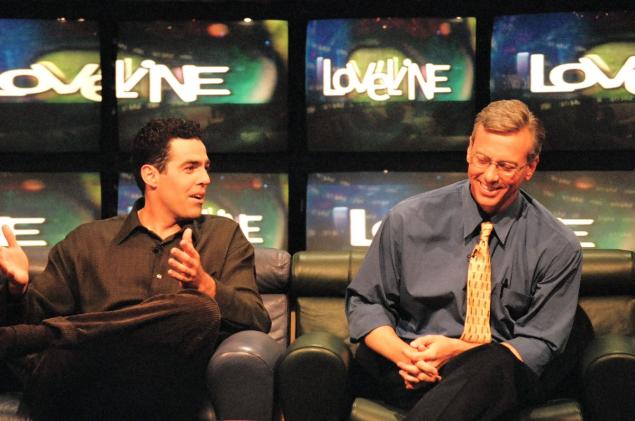 It’s the end of an era for talk radio, because Dr. Drew Pinsky officially announced on the Kevin & Bean Show that he will be leaving ‘Loveline‘ after 30 years. Pinsky’s reign as a sex advice aficionado began with KROQ in 1984 during their ‘Ask a Surgeon’ segment, which later became syndicated in 1995 with Adam Carolla as its co-host. The well-known MTV version aired from 1996-2000 and featured celebrity guests who willingly answered very personal questions. Carolla left the show in 2005 amid a contract dispute but Pinksy stayed, and despite some brief bad blood, the besties quickly renewed their bond and now co-host their own podcast together. According to Drew, “The Loveline brand is still strong and perhaps we will bring it back some day. But for now, this version is ending and [he] will be focusing on all of my other projects.”

In truth, ‘Loveline’ never survived Adam Carolla’s exit. The format worked precisely because Carolla’s crass comments and tough love were balanced by Drew’s class and empathy, and without each other, it never gelled. And though I’m a big fan of the duo’s current podcast, I still find myself anxiously waiting for the audience phone-call segment, because that’s their money zone. I hope the two just re-brand their podcast in the Loveline format and take calls the entire show.