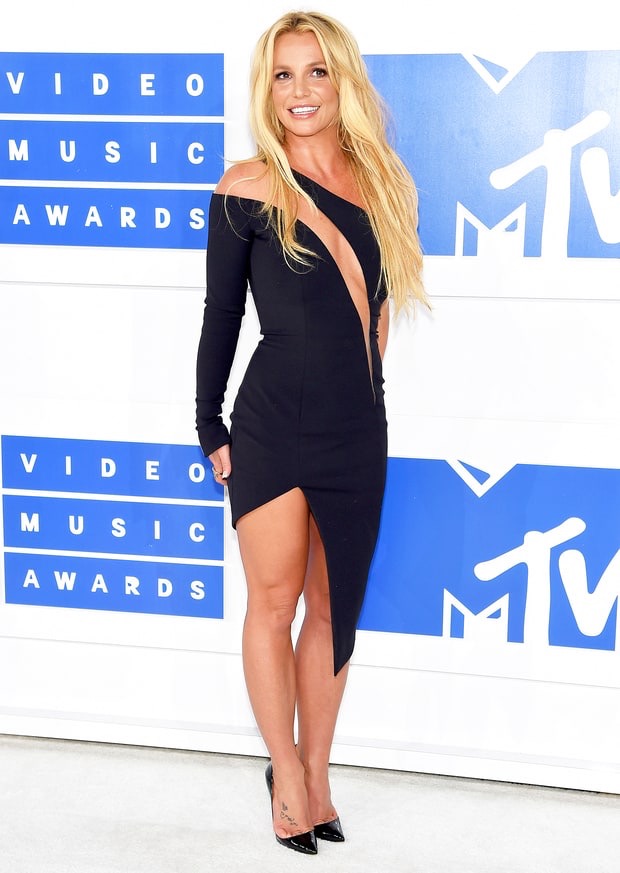 I will always root for Britney Spears, as will the rest of America. She’s a true comeback story, and it’s good to see that we are not defined by our worst moments. Having said that, her performance at the MTV VMAs just isn’t up to snuff. In fact, if I were on her team, I’d have kept her off the stage entirely. For starters, it was fine for her to lip sync at the beginning of her career because she was dancing. But now, there’s no excuse. She’s walking across the stage with extremely minimal choreography, And if you’re going to go that route, then the performance better be extremely high-concept to distract the audience from the issue at hand. Instead, they put her center stage sans distraction, and left her up there with nothing to fill the time. As for G-Easy, they have zero chemistry. Like I said, I love Britney, but her team just needs to do better. They have something to work with here, and they’re doing nothing.

Rihanna gets an A for effort. With a medley of her most-loved hits, some interesting chaps, and an overflow of pink, it was an extravaganza for the eyes. Britney’s team should take note. Though it wasn’t heavy with choreography on Rihanna’s part, there’s enough good stuff on stage to make this memorable.

#VMAs: Rihanna performs “Only Girl,” We Found Love,” “Where Have You Been https://t.co/P3hkhhoKsk pic.twitter.com/By1TSVEUIV

Beyonce made the other performances feel as if a lion went up against a bunch of ants. In short, she slayed, and her 15 minute show was an extremely original, eye-catching masterpiece. It’s Beyonce’s world, and everyone else just lives in it.

I would encourage Kanye West to give money to charity, rather than begging for big outlets to invest in him. Actually, I’d encourage him to physically go to a shelter and feed the homeless, because his bloated display of hubris isn’t just tired, it’s sad. For a man that does only one thing well, he sure doesn’t do it often. If you love Beyonce, take notes from her, and do less talking and more performing. He will continue to get away with this for some time, because the decline of one’s brand is a slow death, and like the frog being boiled in water, it will soon be too late to recover.

“I came here to present my new video, but before I do that, Imma talk.” – @kanyewest #VMAs https://t.co/ukVtlkcIsD

I don’t like spinning at the gym, and I certainly don’t like it on the stage. This feels like the princess version of a dance routine designed by some ladies from Brentwood who said to Grande, “You know what would be so cool?! Spin bikes on stage! OMG and the Olympics just happened so like . . . add a pommel horse!!”

#VMAs: Watch Ariana Grande and Nicki Minaj perform “Side to Side” https://t.co/P3hkhhoKsk pic.twitter.com/04s2X1x0I9

I had high hopes for Nick Jonas, but this dated performance reeked of the 90’s. If he wants to convince the public that his boy band days are behind him, this was not the way to go. Jonas has marketed himself as the cool, sexy guy who was just too mature for a trio with his brothers. The only thing missing here was Nick Lachey.

Anyone else craving bacon after watching @nickjonas’s #VMA performance? https://t.co/cVRoGxKjsb