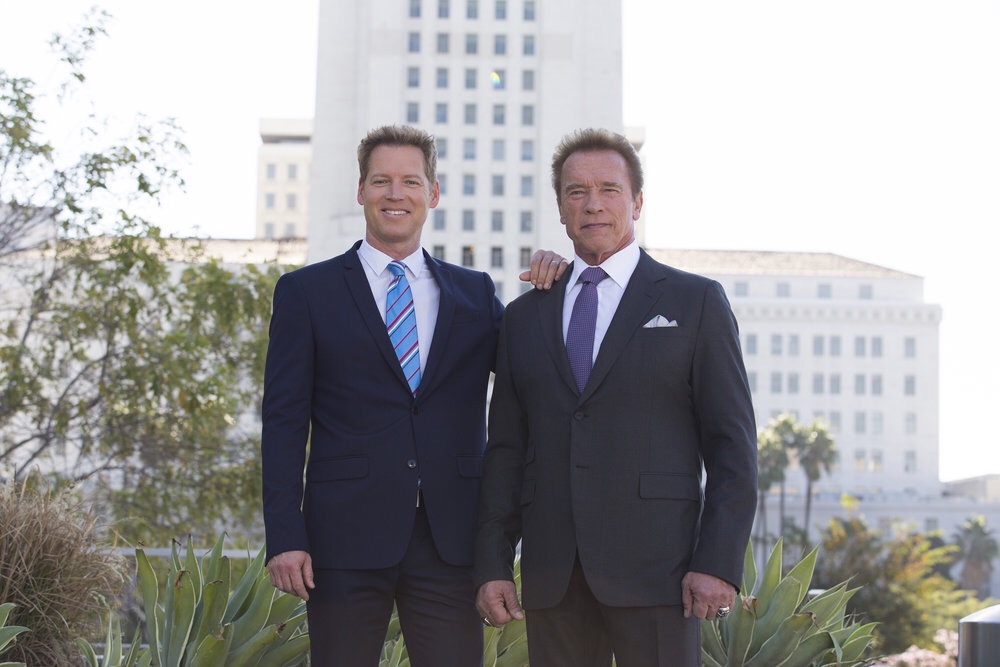 It’s tough to relaunch The Celebrity Apprentice with a new host, because the brand is so deeply associated with Donald Trump, and considering the boisterous blowhard is our now President, the chair demands someone with the equivalent ego, resume, and personality. The show’s core has always been about business, and there are few hosts who are both compelling AND successful. We could argue about Donald Trump’s true success, but when the show first aired, there was a latest assumption that he was indeed a billionaire. And that brings me to Arnold Schwarzenegger.
Arnold Schwarzenegger is an unequivocal force who perfectly represents the American dream and how an insane level of self-confidence can basically take you anywhere, no matter what the barrier. He wanted to be a body builder, and he became the best at it. He had on-screen dreams, and he became Hollywood’s biggest star. He wanted a romantic partner, and he landed a Kennedy. He wanted to enter politics, and he became governor. So how is it possible that the Terminator cannot survive an easy, reality-show format. Why aren’t people tuning in?

First, while Schwarzenegger has a playful personality and a keen sense of humor, it’s buried in this format. Having a bloated bobble head (Trump) in a boardroom barking at people over their business decisions just isn’t his bag. For it to work, they’d have to rebrand the show to let him shine, and NBC is far too in-the-box for that. Some like Mark Cuban would have been a far better choice, but he’s likely exclusive to ABC for Shark Tank, making him unavailable. Richard Branson was also rumored to be on the short list, and he would also make the better pick. Schwarzenegger is a king, but perhaps he’s too kind for this.