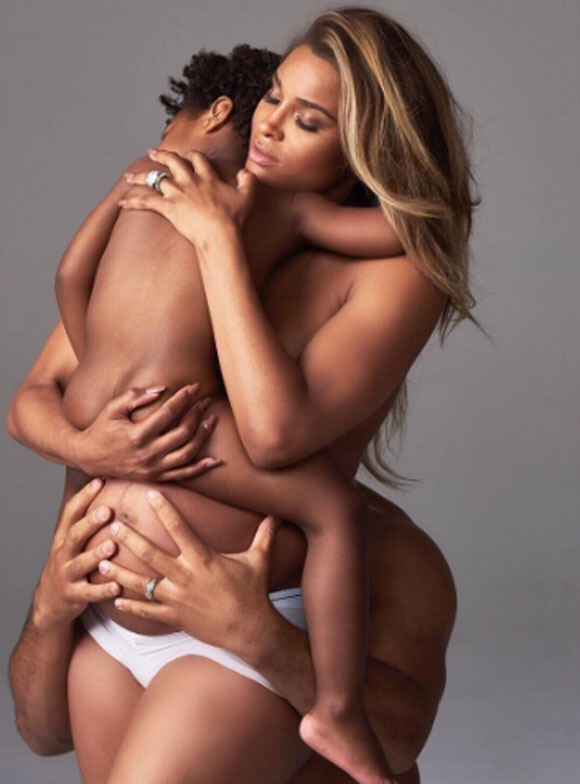 Ciara received heated criticism for her naked-pregnancy-photo, and rightfully so. Though I don’t agree with social-media slamming, there are some good points buried beneath the hateful barbs. For starters, I don’t condone naked pictures of children on social media, and that goes for my own personal facebook feed, in which I continually call out even close personal friends for posting pictures of their children with their private parts exposed. Two days old or two years old — if a child is not at the age to consent to such photos, it’s inappropriate. Also, nudity is nudity, and since there is no answer as to when it becomes objectively inappropriate to publicly display your child’s genitals, the answer is it’s NEVER appropriate.

Ciara’s maternity image shows her first child with Future without any clothing, buttocks exposed. She has been accused to slighting Future with the photo, given that the tempestuous twosome have had a heated custody battle and her new husband appears in the family photo. Technically speaking, the more love a child has in his life, the better, and perhaps Future should be happy that Ciara married a man that seemingly loves his child. Having said that, there is no need to publicly display it. Most biological fathers I talk to are devastated by losing time with their child and even more devastated by the idea that the step-father will serve a more permanent role in their child’s life than they will. Aside from it being an inappropriate photo, it also feels insensitive and unnecessary to flaunt the new relationship in this way. Lastly, it’s a bad picture, and it’s weird. I need not elaborate. Just look at it.