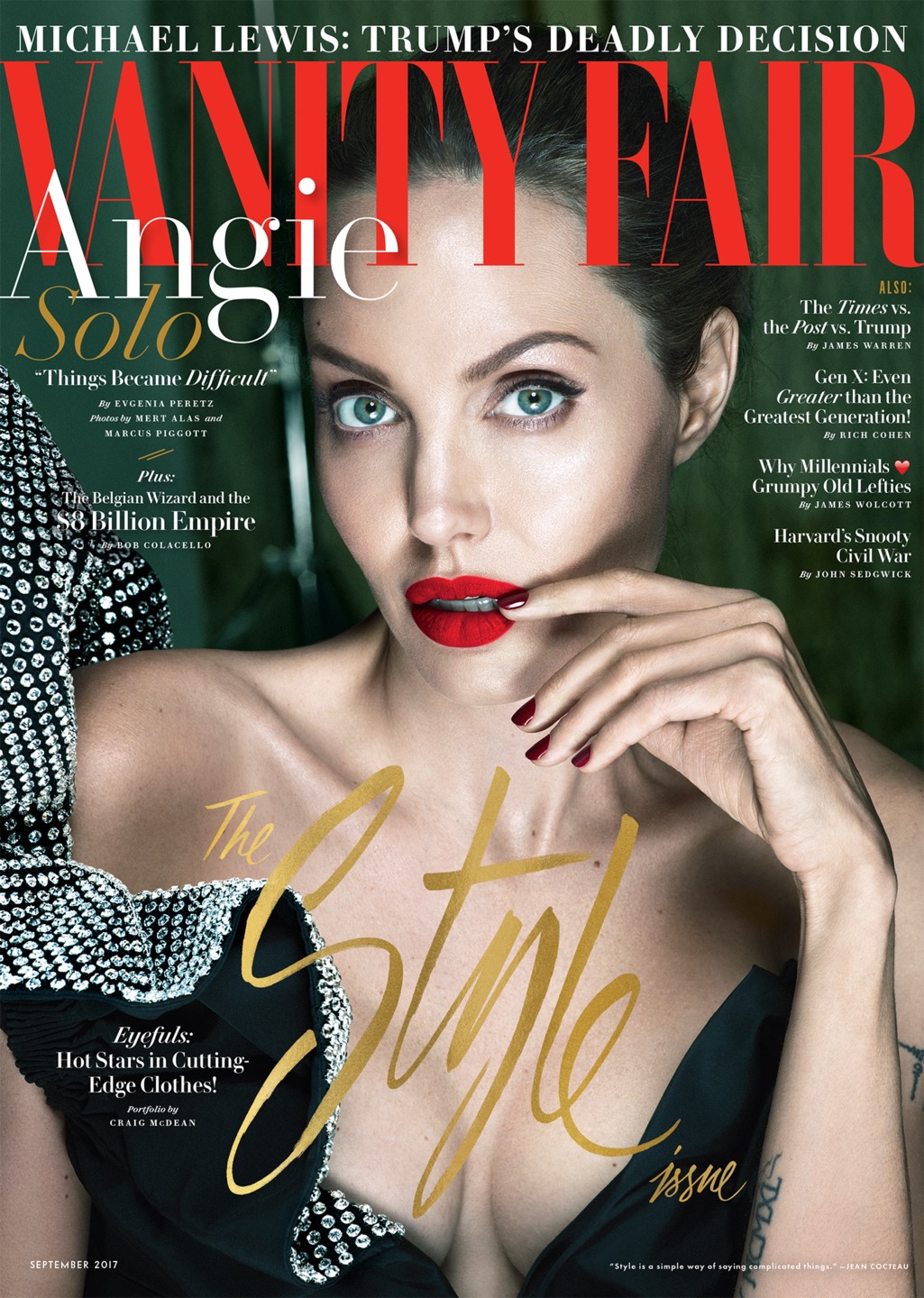 It's no secret that Angelina Jolie has suffered from a serious amount of bad press as of late. For starters, her private "pain" surrounding her divorce from Brad Pitt was made public time and time again, with Jolie's team inserting well-placed press leaks that implied he got physical with his child while on a drunken rant aboard a private plane. Though these details might hold true, any and all leaks only serve to hurt their children. The benefit, of course, is that Jolie's reputation remains intact. Many people who subsequently bad-mouthed the actress, such as Melissa Etheridge and Perez Hilton, reportedly received letters from Jolie's lawyer. Etheridge, who was a personal friend to Pitt's prior to his Jolie marriage, divulged that Jolie was horrible to Laura Dern, who was in a relationship with Billy Bob Thornton when Jolie took up with him. In Dern's own words, "I left our home to work on a movie, and while I was away, my boyfriend got married, and I’ve never heard from him again.” Etheridge said, "I helped Laura move out of her house with Billy Bob — I like broke into their home to get their stuff out because it was so nasty." And even if you don't believe these details to be true, there's one thing we know for sure. Angelina Jolie was one half of a highly insensitive duo that publicly declared their love at the expense of Jennifer Aniston, who was married to Pitt. There's no need to replay that old tune, but there's no excuse for saying you fell in love on a movie set, when the man you fell in love with was married at that time. Keep that to yourself. Furthermore, posing in a W Magazine spread as a faux family on the heels of his marriage ending, is also highly insensitive. Summation? Any and all stories about Angelina Jolie having questionable character are NOT hard for me to believe. Now for the good stuff…

During a recent interview with Vanity Fair which was meant to inspire some compassion for Jolie while promoting her latest film, she described an extremely disturbing audition process. Here's the original excerpt:

In order to find their lead, to play young Loung Ung, the casting directors set up a game, rather disturbing in its realism: they put money on the table and asked the child to think of something she needed the money for, and then to snatch it away. The director would pretend to catch the child, and the child would have to come up with a lie. “Srey Moch [the girl ultimately chosen for the part] was the only child that stared at the money for a very, very long time,” Jolie says. “When she was forced to give it back, she became overwhelmed with emotion. All these different things came flooding back.” Jolie then tears up. “When she was asked later what the money was for, she said her grandfather had died, and they didn’t have enough money for a nice funeral.”

Every measure was taken to ensure the safety, comfort and well-being of the children on the film starting from the auditions through production to the present. Parents, guardians, partner NGOs whose job it is to care for children, and medical doctors were always on hand everyday, to ensure everyone had all they needed. And above all to make sure that no one was in any way hurt by participating in the recreation of such a painful part of their country’s history.

I am upset that a pretend exercise in an improvisation, from an actual scene in the film, has been written about as if it was a real scenario. The suggestion that real money was taken from a child during an audition is false and upsetting. I would be outraged myself if this had happened.

The point of this film is to bring attention to the horrors children face in war, and to help fight to protect them.

The children were not tricked or entrapped, as some have suggested. They understood very well that this was acting, and make believe. What made Srey Moch, who was chosen for the lead role of Loung Ung, so special was that she said that she would want the money not for herself, but for her grandfather.

When I first read Angelina Jolie's response, I immediately put on my lawyer hat. For starters, Jolie did not specifically say that the children KNEW it was an acting exercise. Though she insisted that their welfare was protected, if the game was in fact executed as it was described, then it's very disturbing. If Panh; however, is correct in that they knew it was acting, then fine. But Vanity Fair stood by it's story today and published the original transcript. Here it is:

We just went in and–you just go in and do some auditions with the kids. And it’s not really an audition with children. We had this game where it would be–and I wasn’t there and they didn’t know what they were really doing. They kind of said, “Oh, a camera’s coming up and we want to play a game with you.” And the game for that character was “We’re going to put some money on the table. Think of something that you need that money for.” Sometimes it was money, sometimes it was a cookie. [Laughter] “And then take it.” And then we would catch them. “We’re going to catch you, and we’d like you to try to lie that you didn’t have it.”

So it was very interesting seeing the kids and how they would–some were very conscious of the camera. They were actually–there are so many talented kids in this country. But Srey Moch was the only child that stared at that money for a very, very long time before she picked it up, and then bravely, brazenly lying, like was trying to hide, but then she also kind of–

And then when she was forced to give it back became very kind of like strong, emotional, she became overwhelmed with emotion that she was–and she just–all of these different things flooded out. And I don’t think she or her family would mind me saying when she was later asked what that money was for, she said her grandfather died and they didn’t have enough money for a nice funeral.

There are a lot of important things to note from reading the transcript. First, based on that text, neither the producer nor Angelina Jolie can say with certainty that the children understood that they were in the land of pretend. In fact, when the child said she would use the money for her grandfather's funeral, we can lean more in the direction of her NOT understanding. Sure she might have said what she "pretend" thought of, but we can't be positive. Second, if Angelina Jolie was not present during this process, then she can't vouch for it. All she has is hearsay, as do we.

Vanity Fair received a letter from Jolie's lawyer, asking the magazine to essentially say they made a mistake. They reviewed the transcript, taped on two devices, and stand by their story. There's a lesson to be learned here, and it starts with camp Jolie. There's only so much you can do to protect your star, and sending out letters with unreasonable demands isn't one of them. Maybe she should question the casting process rather than defending it.