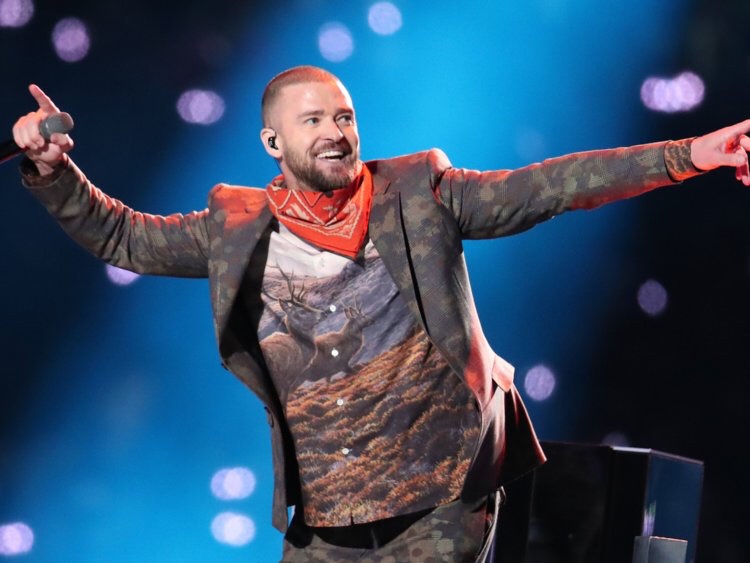 It’s no surprise that Justin Timberlake was asked to perform at the Super Bowl. There’s few performers who can carry that type of venue, and he recently dropped a new record. Though fans hoped Janet Jackson might also return, Jackson made it clear she had no such intention. That’s not shocking given the world of heat she received for exposing her bare breast on stage, and the fact that she felt betrayed by Timberlake during the fallout. In short, everyone blamed Janet and no one blamed Justin. Sure it was her boob, but Timberlake participated, and instinct tells me it was pre-planned. Those two can deny it ad nauseum and I still will never believe it was a wardrobe malfunction. That’s neither here nor there, though.

Now for the Prince “tribute.” During his lifetime, Prince made it clear he hated holograms, calling it “the most demonic thing imaginable.” He furthered that if “[he] was meant to jam with Duke Ellington, [they] would have lived in the same age.” He was also notoriously protective over his music. Though Timberlake’s performance utilized a projection over a hologram, fans were still not pleased. It’s worth noting that Prince was clear about his distaste for Timberlake, once saying, while accepting an award, “For whoever is claiming that they are bringing sexy back, sexy never left!” Timberlake responded in his song, “Give It To Me,” saying, “We missed you on the charts last week / Damn, that’s right, you wasn’t there / If s-sexy never left, then why’s everybody on my shit / Don’t hate on me just because you didn’t come up with it.” He also took a jab at Prince’s height while presenting the award at the 2007 Golden Globes, bending down to “accept the award on his behalf.” You can see that below, followed by laughter from the audience.

Timberlake moderately addressed the controversy with Jimmel Kimmel, explaining that he got the approval from Questlove. “Questlove is the encyclopedia on music,” said Timberlake. “But I also feel like [he’s] a gatekeeper on Prince, so if I got the thumbs-up from Questlove, I’m good.” He furthered that he wanted to do something for this city and something for him that would just be the ultimate homage to what I consider the GOAT [Greatest of All Time] of musicians.”

All the aforementioned facts are important, but if they’re briefly removed from the equation, let’s ask the larger question of whether this was enjoyable to watch. Personally, I could have done without it. Absent Prince’s clear objections to this type of event, I found it unnecessary and distracting. One can pay tribute to an artist without posthumously harmonizing with them. I’d have just gone purple as a subtle nod and left it at that. Even a Prince cover is in it of itself a joke, given the inevitable comparisons to Prince. It’s certainly relevant that Timberlake and Prince exchanged barbs during Prince’s lifetime, and it’s also relevant that Timberlake never effusively and publicly endorsed Prince while Prince was alive (if my readers can find such an endorsement, please send it my way). Had he felt that way, perhaps he should have take the higher road when Prince first took his swipe. Because I have it on good authority that Justin Timberlake is an exceptionally kind human being that treats everyone with respect, I’m going to give him the benefit of the doubt and say the public Prince feud might have simply been in good fun, but one will never really know. That being said, this element of the performance was too big a distraction from what was otherwise both flawless and joyous.