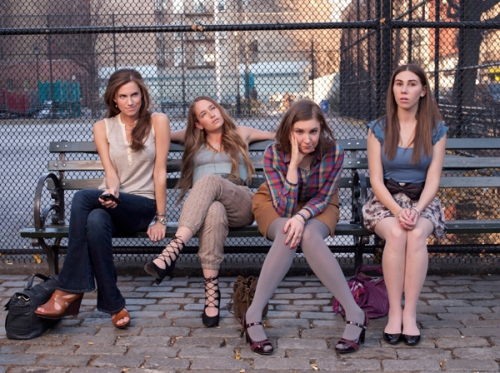 Lena Dunham apologized to  Aurora Perrineau  for publicly questioning the veracity of her alleged sexual assault, and her words sparked even more of my personal outrage then Dunham’s original act. As a refresher, Dunham and her ‘Girls’ co-creator,  Jenni Kohan, released a mutual statement that boldly declared that they had “insider knowledge” that ‘Girls’ writer Murray Miller did not in fact assault Perrineau saying:

“While our first instinct is to listen to every woman’s story, our insider knowledge of Murray’s situation makes us confident that sadly this accusation is one of the 3% of assault cases that are misreported every year.”

This statement was made during an active police investigation and it was quickly followed up by a halfhearted apology after the twitter-verse exploded with outrage. In her more lengthy apology, Dunham now admits that she “didn’t have ‘insider information'” but rather a “blind faith in a story that kept slipping and changing and revealed itself to mean nothing at all.” She furthers that she “wanted to feel [her] workplace and [her] world were safe, untouched by the outside world.”

I have a high tolerance for mistakes, but my forgiveness fountain in Trevi Dunham has no water left. For starters, Dunham’s comments could have recklessly perverted an active police investigation. Second, unless she is Murray’s actual alibi during the alleged night in question, no such comment should ever be made. Third, remember how we believe women now? And finally, we’ve now learned that Dunham erroneously insisted that she had insider knowledge when she in fact did not. That goes far beyond a “mistake.” It’s a lie.