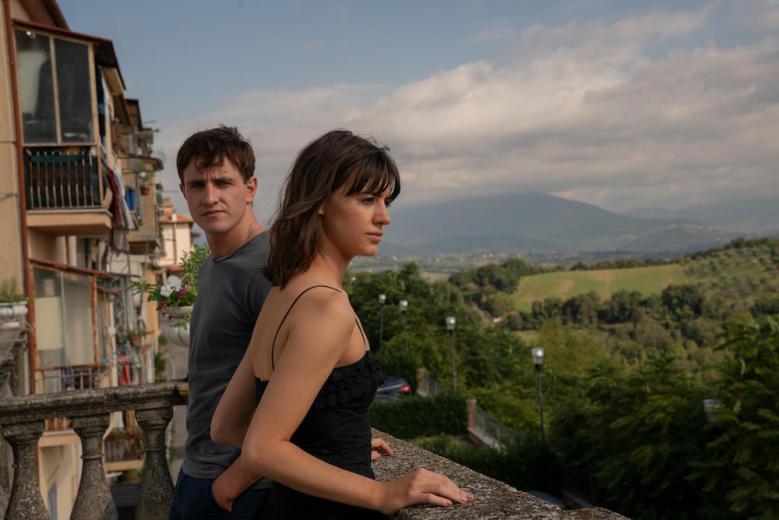 Normal People — Episode 8 – Episode 108 — It’s the summer holidays and Connell (Paul Mescal) and Niall (Desmond Eastwood) arrive at Marianne’s (Daisy Edgar-Jones) family house in Italy. The obvious chemistry between Connell and Marianne causes friction with Jamie (Fionn O’Shea), despite Connell’s evident happiness with his girlfriend Helen (Aoife Hinds), who he clearly misses. Peggy (India Mullen) cooks the group a lavish meal but tensions run high. During dinner, Jamie drinks too much and picks a fight with Marianne. Connell breaks it up and attempts to soothe Marianne. Marianne stays in Connell’s room that night to get away from Jamie. They talk and almost kiss, but Marianne puts a stop to it before it goes any further. , shown. (Photo by Enda Bowe/Hulu)