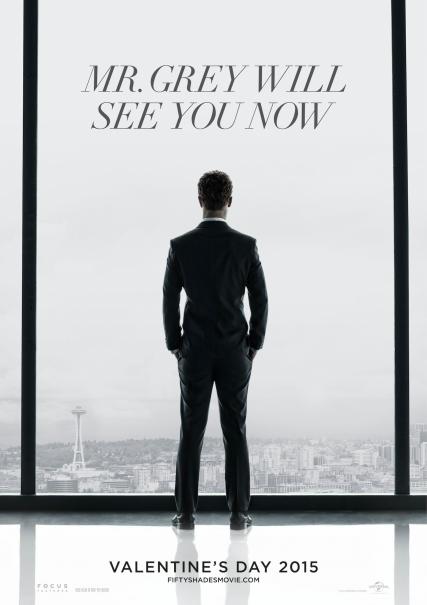 For a movie based on sex, I expected to see more of it — a lot more. And while ‘Fifty Shades of Grey’ might not be as Razzie-worthy as I anticipated, it could have been a lot better. There are a few facts from the start that beg for a tremendous suspension of disbelief, such as a 27 year old billionaire, a virgin with a little too much natural ability, and some very dreary dialogue that might put Gigli to shame. But if the plot of a film puts you off, there’s always the those racy, heated scenes, right?

Most of the film’s hotly-anticipated huffing-and-puffing is driven more by nudity than by the content itself. In fact, based on this film alone, Christian Grey is a little boring in bed. He’s a stick-it-in, missionary man that either injured  Anastasia Steele’s lady parts or she’s exceptionally primed to play for a virgin. Had the director been a little more imaginative, these two could have had way more fun sans nudity, with some hot over-the-desk antics, or perhaps even some under-the-desk digital fun (forgive me — those are my fantasies). Instead, we got some minor tie-ups with a little beating, and a whiny  Anastasia Steele who apparently missed Christian Grey’s very blunt memo about what to expect.

Though I didn’t read the novel, I was under the impression that the film would be about a woman’s sexual exploration and experimentation, and she’d enjoy it. The only person that enjoyed anything here was Christian, and he apparently has terrible taste in women since his chosen girl was more interested in spooning than screwing. I imagine there’s plenty of prostitutes that would nag him less about his intimacy issues. As for whether Anastasia Steele’s learned anything about her personal, sexual preferences, here’s hoping her next guy is a little more giving.