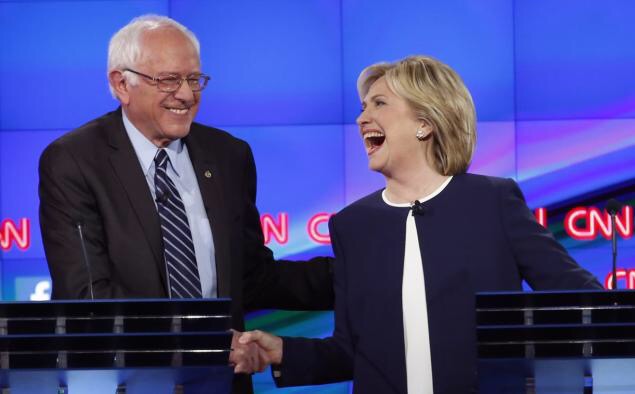 How does a self-proclaimed socialist in his seventies with no prior following beat a woman who has basically been handed the primary on a silver platter? Bernie Sanders won 55 percent of the female vote in New Hampshire and beat Hillary Clinton 84 percent to 14 percent among Democrats aged 17 to 29. Translation? Young people voted for the old guy and women passed on making history. And Clinton’s “feminist” cohorts aren’t helping, with Gloria Steinem and Madeleine Albright basically resorting to bullying tactics. Albright sent Hillary’s non-supporters to “hell” and Steinem ironically took an anti-woman stance, accusing young girls of backing Bernie because they want to “go where the boys are,” as if they can’t think past a school-girl crush. So what’s the issue? To quote the Chief Strategist for Barack Obama’s unprecedented presidential campaigns, “When the exact same problems crop up in separate campaigns, with different staff, at what point do the principals say, “Hey, maybe it’s US?”

The primary and sole issue with Hillary Clinton is that she’s inauthentic, and given the plethora of scandals that surround her campaign, only an outstanding orator (like Bill Clinton) could craft a response. But Hillary is the opposite. The American people will forgive just about anything if they feel you’re working in our best interest and you own your errors, but she simply took too long to respond to the email scandal, and her initial brush-off was a bad move. It makes her look entitled. Why does she get to skirt the annoying rules for reading emails and no one else does? And if you don’t think that’s a big deal, then what other rules will you also avoid? Furthermore, if every single thing you say seems canned and rehearsed, I can’t help you. In the history of seeing Hillary speak, I’ve seen one authentic moment, and that’s when she was attacked at the Benghazi hearing. She was in the hot seat, and she was sick, and she had no other choice but to be real. I’ve posted that video below, to remind the public of her authentic self.

To imply that as a woman, I should blindly support another woman is ridiculous. I’d love to see Hillary win. I think she’s capable. But she needs to ditch any attempt at a sense of humor or relaxed demeanor. That’s not who she is. Show your knowledge, show the impatience we saw at the Benghazi hearing, show your prickly, unpolished self. That’s what people want to see. There is no Arsenio saxophone moment for her, and that’s okay.