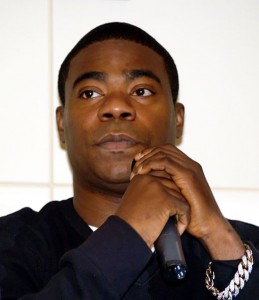 When celebrities apologize, I find it’s usually a bunch of insincere hogwash meant to worm them out of a scandal. It’s akin to your horrible boyfriend apologizes by saying, “I’m sorry you took what I said the wrong way,” rather than, “I’m sorry I said that.” Tracy Morgan is officially an exception to the rule. The problem with his homophobic comments is that most people figured he actually believed those hateful comments. If I take his most recent apology at face-value, then he doesn’t believe what he said, he supports gay marriage, he’s anti gay bullying, and he would accept his son if he were gay. Because everyone deserves to be taken at their word (at least once, that is), I’d like to proclaim that we should take Tracy at his, and move on. No one will learn anything if we eternally chastise people for their mistakes.