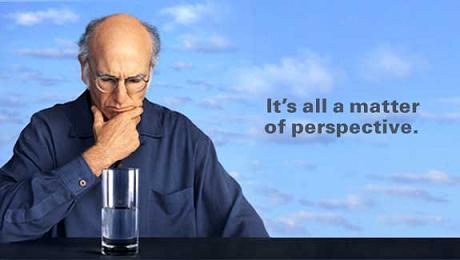 Fans of HBO’s most beloved show can breathe a big sigh of relief today because Larry David will return with the ninth season of ‘Curb Your Enthusiasm.’ No other details have been divulged, but David is notorious for his ebb-and-flow excitement for his signature show, signing one year contracts each year for fear he won’t be in the mood to return. He leaves even his actors in the dark, who often inquire as to whether they should keep their schedule open for a possible return. When asked what motivated his decision, David said, “In the immortal words of Julius Caesar, ‘I left, I did nothing, I returned.’” Here’s to another season of David’s socially awkward antics.

HBO renewed ‘Curb’ for an eighth season.  The actors the show are always on edge about whether Larry David will agree to another season, so I’m sure they are met with the same happiness as I am about this news.  Of the renewal, David says “after much soul searching – and by the way, it was nowhere to be found – I have decided to do another season of CURB.  I look forward to the end of shooting, when I can once again resume the hunt for my elusive soul.  I know it’s here somewhere or perhaps in the rugged mountainous regions of Pakistan.”
Though HBO has not officially confirmed Season 8, Larry David recently said that the show will most likely return.  That’s good enough for me to get excited!  Below you will see Larry David looking uncomfortable back stage as his costar congratulates him for winning Comedy of the Year at the American Film Institute Awards.  Something tells me his “character” on the show is a mighty overlap with reality.