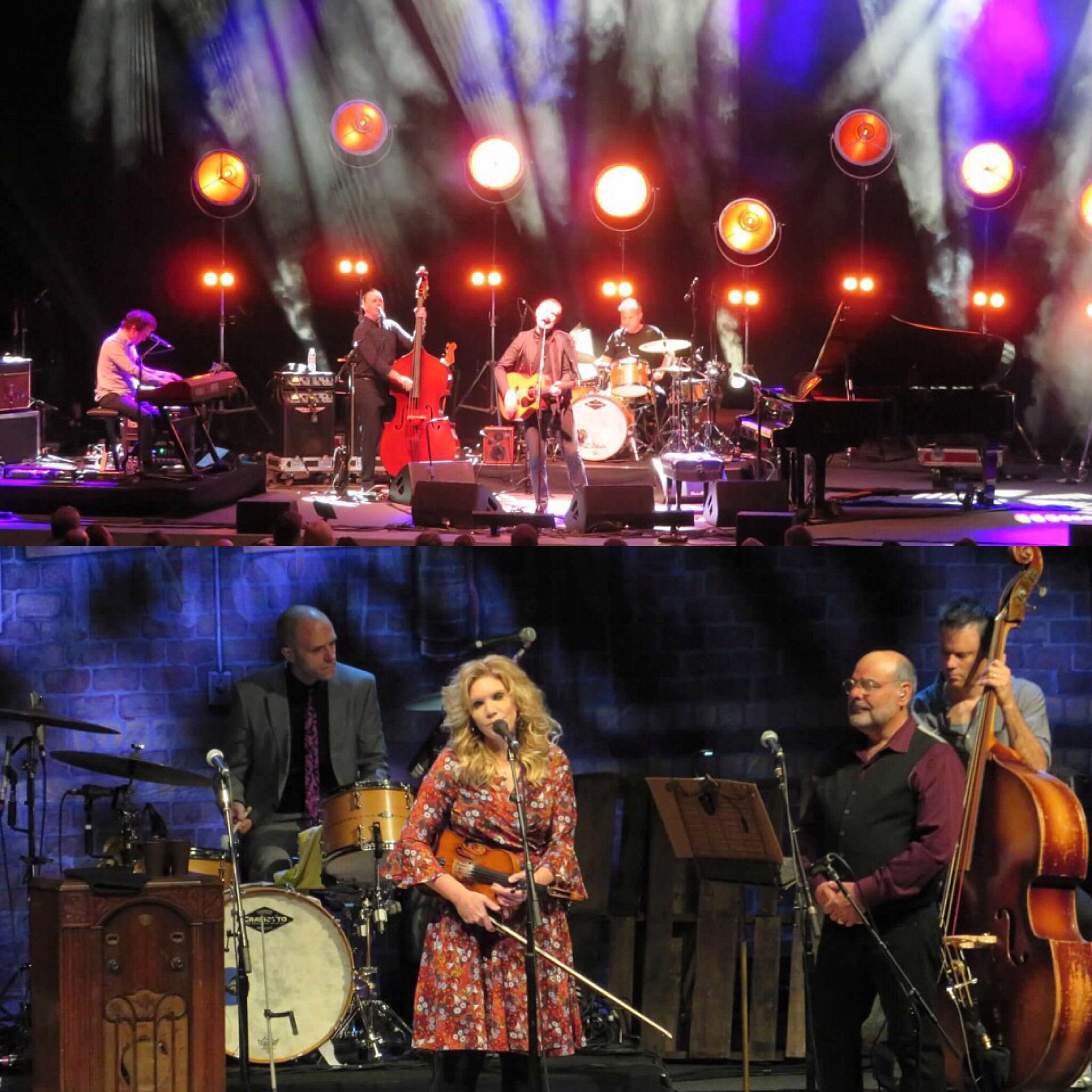 It might seem odd to say that a singer’s voice is his best asset, but in the case of David Gray, it’s worth noting. His voice perfectly punctuated the power of his beautiful music, yet the rougher, more masculine tone gives it a mesmerizing juxtaposition. I’m guessing he’s aware of this because he stepped right onto that Los Angeles stage at The Greek Theater for an Acapella rendition of “One Fine Morning”, which roused the audience the moment he arrived (see video below). He then effortlessly moved to the piano, where he delivered a stadium worthy performance with the feel of a small dive bar. And just when you thought it couldn’t get better, the multi-instrumentalist grabbed his guitar.

It feels as if you’ve just discovered David Gray. As if you’re about to run home, CD in hand, hijacking your friends stereo to introduce them to this great underground artist they just have to hear. Nowadays, that process comes in the form of a link, but it’s all the same love for music with an immediate desire to share that love with the world.

David Gray is a live artist. Artists come in many forms, and some of my personal favorite albums aren’t quite up to snuff with what happens on stage. There’s many reasons for that, but when a musician exceeds the album, it’s magic. My favorite song of the night was “The One I Love,” given that Gray slightly changed the arrangement to give the tune a more upbeat, live-band feel. He saved “Babylon” for the end, along with “Say Hello, Wave Goodbye” and “Nightblindness.” Though one might think “Babylon” served as the evening’s highlight, I must reiterate that because each and every performance was better than the next, this was not a wait-for-the-hits concert. Every second was used wisely, and I’ll now be attending every Gray concert possible from now on.

Gray’s 10 album, 25-year career has positioned him as one of the UK’s leading artists. The Grammy-nominated musician’s latest studio album, Mutineers, set itself apart from previous albums, while simultaneously satiating his oh-so-loyal fan base. Gray also released a greatest hits collection entitled The Best of that included a re-recorded 25th Anniversary version of “Shine” and new tracks “Smoke Without Fire” and “Enter Lightly.” He is currently in the studio recording a new album which is set for release in 2018.

As for Alison Krauss, she certainly does not need my accolades. She’s a polished live performer with a stellar backup band and a very loyal audience who appeared to be hyper-focused on her every move. It takes a top-notch artist to command such respect, and Krauss proves she’s worthy, time and time again. In fact, as the Gray/Krauss show neared its end, my inner monologue was on overdrive as I thought, “Wow, here’s two people who proved what a show looks like when it’s just about the music. Here I am, under the stars at one of the best venues in Los Angeles, watching the purest of people share their gift with the world. The audience’s attention span reflected that. Just pure, unaffected joy.