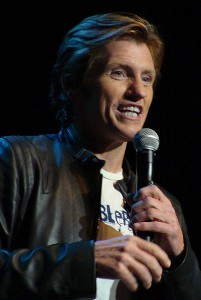 If you don’t know Denis Leary, he’s the guy who’s accused of ripping off the late comedian Bill Hicks’ entire act. He’s also the guy who can’t wait a week to make a joke about the legendary Dick Clark’s death, tweeting, “With Dick Clark dead, Casey Kasem now reveling in his status as last and reigning king of leather faced syrup voiced lizard people.” Perhaps it’s time to either fire the guy writing his tweets or hire a guy to write them.

Thanks to Fox, there are now four awards shows dedicated exclusively to country music: The CMA Awards, the ACM awards, the CMT awards, and now the American Country Awards (soon to be called the ACA awards, I imagine).  So why the country music overload, and should Carrie Underwood even be flattered that she won Artist of the Year at this newly created event?  Well, awards shows generate a lot of money, so Fox started to see dollar signs and created an excuse to get a bunch of celebrities in a room together.  After all, isn’t that why Dick Clark created the American Music Awards?  If they wanted a celebrity gathering to draw ratings, I assume they could have also brought cameras into a Los Angeles plastic surgeon’s office, but then the famous people wouldn’t be wearing pretty ball-gowns, and where’s the fun in that?