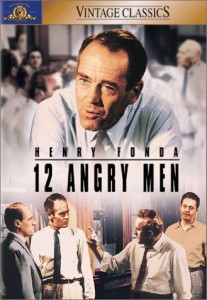 One of our greatest directors has died, and when looking at his resume, it certainly doesn’t shock me that he gave us five of our greatest films in history, including: 12 Angry Men; Dog Day Afternoon; Serpico; The Verdict; and Network.  Television is a writer’s medium and film is a director’s medium. So the next time you find yourself loving a movie, take the time to look up the director of that film, and then Netflix every film that director has ever done. Actors often miss this point when selecting roles, and their career suffers as a result. Sidney Lumet was brilliant — and consistent.  In honor of his passing, and his gift to cinema, I’ve post a clip from 12 Angry Men below. They just don’t make them like he did anymore, and it makes me “mad as hell.” Goodbye Sidney.