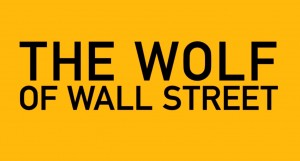 There’s a cinematic and a moral component to this review, and I’ll begin with the former. The Wolf of Wall Street tells the tale of famed crook Jordan Belfort, who made a fortune with white collar theft. Belfort began his corrupt career by taking a commission off penny stock sales to poor people, only to unload the inflated stock immediately prior to its plight. This “pump and dump” scheme ultimately escalated to the rich, making Belfort a bloated, multi-millionaire. 95% of the film follows his depraved journey to the top, and only 5% depicts his downfall.

Leonardo DiCaprio plays the perfect Jordan Belfort, a good-looking criminal with enough charisma to carry on his corruption for an alarmingly long period of time. The details of his schemes take a backseat to his antics, most notably his use of hookers, drugs, parties, and cartoonish purchases. Bad behavior can be hypnotic to watch, especially when it’s this ridiculous. After all, we’re all voyeurs, and if we’re not participating in the criminal activity, is it wrong to view it from afar? That question brings me to the moral component of this review.

Jordan Belfort is a real person, and the studio bought the rights to his self-penned story that he wrote from prison. In fact, there’s controversy as to whether Belfort is delivering on his obligation to repay his victims, with sources claiming he’s only paid back $10 million of his $100 million debts. While The Wolf of Wall Street is certainly an enjoyable cinematic experience with impressive performances from its stars, it’s morally questionable to pay a criminal for his story. What if the studio paid a blue collar criminal for an equally entertaining story? Where’s the line? And because the story is such a hypnotic look inside the gluttonous greed of Belfort, it begs the question of whether we’re glorifying his antics. Before you explore that, take some time to watch interviews with Belfort himself, who seems less than contrite. Perhaps if the post-prison Belfort seemed a tad more reformed, this would sit more calmly with me. I have more questions than answers, but my stars for this review are based on the film itself. The surrounding controversy is for you to judge.

‘Waking Sleeping Beauty’ follows the resurrection of Disney Animation Studios between 1984 and 1994. Many believed that Disney animation was kaput after a string of failures, and ‘The Little Mermaid’ brought it back from the dead. I thought the film was both enlightening and entertaining. It was jam packed with information in a short period of time though, so I would recommend going to see it when you are fully awake. My only complaint is that I thought it was heavily critical of Jeffrey Katzenberg. They portrayed him as a spotlight stealing, unappreciative guy. I don’t think it was really acknowledged that a large part of Disney’s success during this time was attributed to Katzenberg. In fact, he left Disney right after ‘The Lion King,’ which was Disney’s last major Box Office success. See the trailer below, and then make time to go see this documentary.