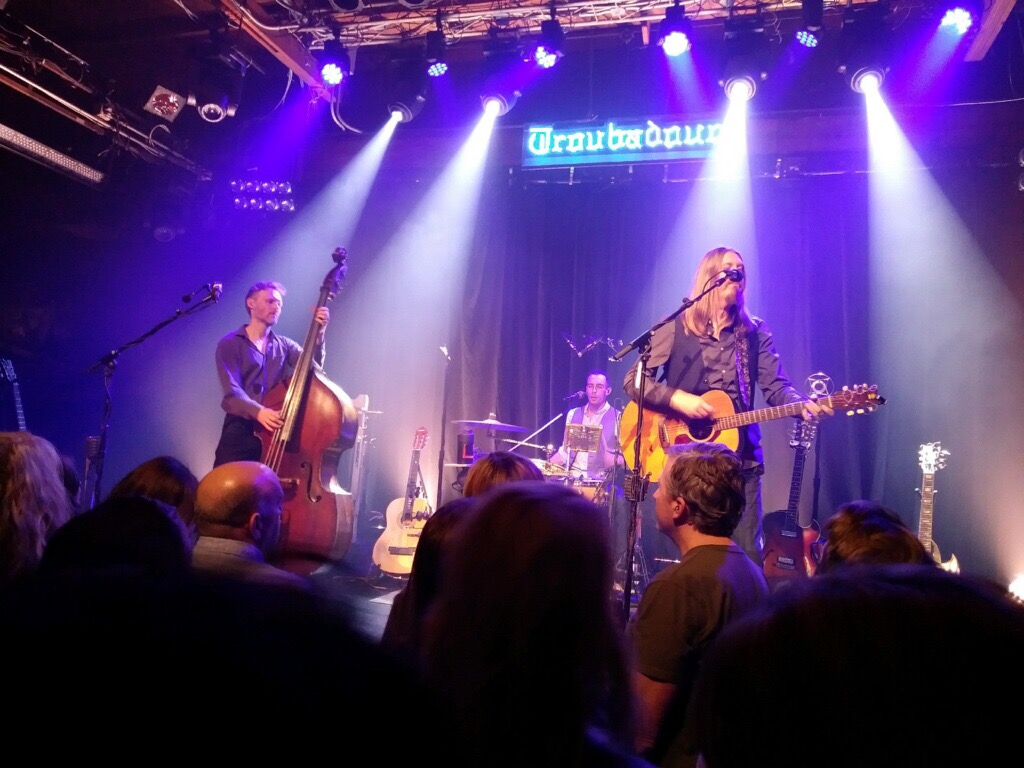 The Wood Brothers first came my attention after seeing Medeski, Martin & Wood (MMW) perform at El Rey theater in Los Angeles upon another musician’s invite who was sitting in for a jam session with the improvisational, free-jazz group. That musician is Tony Beliveau of Crash Kings, who plays a clavinet coupled with a whammy bar, making his unique style perfect for an appearance with MMW. Knowing nothing as I entered the venue proved an asset for a free-dive into their high-level avant-jazz jam session. Though I remember feeling as if it was completely over my head, I followed up on that curious evening and discovered that Chris Wood is now a member of the The Wood Brothers alongside his brother, Oliver Wood, and multi-instrumentalist Jano Rix.

When you see Chris (upright bass) and Oliver (lead vocals, acoustic and electric guitar) perform together, the question immediately arises as to why the brothers, who formed their band in 2004, didn’t do that their entire lives. When asked about potential “brother baggage,” Chris is quick to counter the stereotype, saying they “get along pretty damn good.” Though he enjoys the challenge of MMW, he admittedly missed his love for words, having grown up with a published poet for a mother. That thirst is quenched with The Wood Brothers, where his jazz chops now beautifully coincide with extremely moving lyrics co-written with Oliver. What was born of a side project, has now become a main staple in their lives after Billy Martin expressed his desire to slow down from touring with MMW.

To see The Wood Brothers perform live at one of Los Angeles’ most celebrated venues, is a true privilege. It would be a disservice to call them a jam band, given that much of their musical riffs, though both challenging and engaging, do not stray far from their rich melody. I have an innate aversion to indulgent performances, as they often take away from the artist’s connection to the audience, as if the musicians are playing in their own garage — for themselves. The Wood Brothers are far from that. They’re playing for each and every person in front of them, and one song is better than the next. It’s hard to top their recordings, but their live show does just that. Their new record, ‘Live At The Barn,’ is available now. It was recorded at Levon Helm’s studio in Woodstock, New York.