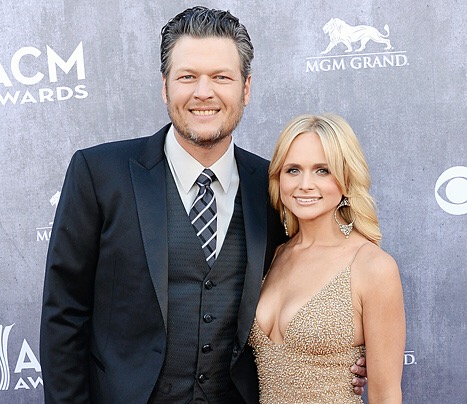 TMZ named Chris Young as a contributing factor to Blake Shelton and Miranda Lambert’s divorce, and the country singer has now responded to the allegations on twitter, explaining that he is a friend with both, and “would never do anything to betray that friendship.” While that’s a nice soundbite, it’s either untrue, or Blake Shelton doesn’t believe it, because I would bet my bank account on the fact that his team leaked the cheating news to TMZ, after being fed up with his name getting dragged through the mud amidst his own cheating rumors. And given that this is one of the fastest divorces I’ve seen, bad blood is believable. As for why Lambert would allegedly cheat, who knows. We aren’t inside their marriage, and there are three sides to every story.

These kids today are so confusing. I saw Pistol Annies perform on The View and thought, “That girl on the right sure looks like Miranda Lambert.” I think you know how this lead-up ends — IT WAS HER. It’s time to start brushing up on my country music trivia. Watch their performance on The View and pick up their new record, ‘Annie Up.’